What Lies Ahead for WTI? 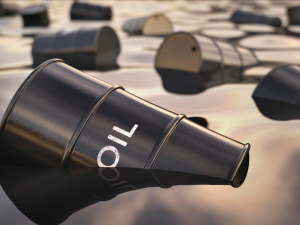 In January, we explored the difference between two different benchmarks for crude oil prices: Brent and West Texas Intermediate (WTI). These two indices can vary widely from each other, and while both benchmarks have been used for some time, their future in the industry is far from certain. How reliable are they? Is one used more than the other? Today we will examine WTI and its role in the future of the oil industry.

WTI may have reached its peak as a global benchmark for oil prices in the 1980s. That period showed domestic production occurring at around 8.6 million barrels per day, with 1/3 of that oil coming from Texas. This light, sweet crude was of exceptionally high quality—among the best in the United States. In today’s market, however, a domestic measurement may not be adequate for comprehensive oil prices. Brent, with its international status, is starting to take prominence.

In recent years, WTI was most important for inland United States customers. This has often meant that WTI values were most indicative of U.S. Midwest prices—a fairly narrow field when considering the international scope of the business. Brent oil, on the other hand, comes from the North Sea, and has its destinations in European, West African, Mediterranean, and some Southeast Asian markets. This cosmopolitan array of customers has contributed to many seeing Brent as a more significant oil price benchmark than WTI.

The influence of Brent over WTI pricing has been seen in domestic gas pricing as well. A recent study by the U.S. Energy Information Administration (EIA) indicated that Brent was more closely tied to the prices of gas in the U.S. Part of this is because of the role gasoline has played in international trade. Long before America lifted its crude oil export ban, gasoline was imported and exported as a globally traded commodity. The price of crude oil makes up a significant portion of the price of gasoline, reinforcing Brent as the indicator that best reflects gasoline prices.

While the above factors are causing some analysts to sound the death knell for WTI, this may be premature. The gap that has frequently existed between WTI and Brent has recently been narrowed by the lift of the oil export ban. Many have thought the export ban was ultimately behind the vast differences between WTI and Brent prices. With the possible increase in global markets for U.S. oil, a number of analysts are predicting that WTI may make a comeback as an international benchmark for crude prices.

Southwest Parts for All Seasons

The fate of WTI is long from being decided, but no matter what benchmark is used, the industry relies on the finest quality parts and components to keep the oil flowing. At Southwest Process Controls, our full selection of fluid control devices continues to be a vital part of the most demanding oil-related applications. To find out more about our comprehensive selection or to get a quote, please contact us directly.