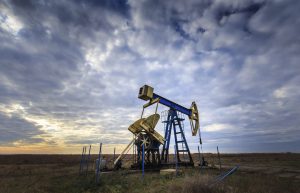 The Mid-Continent oil field — stretching from northern Kansas, just shy of Nebraska, south to the bottom of Texas, and from New Mexico to as far east as Arkansas, Louisiana, and Mississippi — was the world’s known largest oil reserve prior to the discovery of Middle Eastern oil.

Formation of the Permian Basin

However, one section of this field, the Permian Basin — named for the Permian geologic time period, 299 million to 251 million years ago — has not only remained productive but has even seen an increase in drilling activity in recent years.

The Permian Basin was originally submerged, part of the marine Tobosa Basin separating the supercontinents Laurasia and Gondwana. Over many years, deposited sediments formed a depression here. Around 323 to 299 million years ago, when the supercontinents Laurasia and Gondwana collided, forming Pangea, faulting and erosion resulted in various sub-basins. As sediment filled these sub-basins, the Permian Basin slowly took shape.

Today the Permian Basin extends across roughly 75,000 square miles of southeastern New Mexico and western Texas. It is made up of three main basins: the Delaware, Midland, and Central basins.

Thanks to the Hovey Channel, which supplied seawater to the Delaware Basin, the Delaware remained submerged well into the Guadalupian period, unlike the Midland Basin, which had been almost completely filled with sediment by the middle of Permian period. As a consequence, the Delaware is deeper and, over the epochs, was able to accumulate more algal, coral, and zooplankton organic material — the foundation of crude oil.

Despite an overall depletion of the Mid-Continent oil field, there has been a notable increase in drilling activity in the Permian over the past 5-10 years, particularly in the Delaware Basin. But why the upsurge and why now? The answer lays in three interconnected factors — technology, economic policy, and availability.

While technologies for slanted and horizontal drilling — directional drilling methods that allow access to previously difficult or impossible-to-reach reservoirs — have existed since the 1930s, they weren’t very reliable or cost effective until the 1970s.

The 1970s, of course, also saw the Arab oil embargo shake the U.S. economy, leading to the crude oil export ban. Intended to reduce the country’s dependence on foreign oil, the ban lead to a glut of domestic crude oil saturating a market of limited demand, leading to great drops in crude prices and subsequent reductions in drilling and extraction.

In mid-December of 2015, Congress voted to end the ban on exporting crude oil. This, plus the availability of new, sophisticated horizontal drilling technologies, is driving the resurgence of Permian Basin drilling. Besides newly opened markets and the ability to reach previously untapped, difficult-to-access reserves, the prospect of peak oil is also increasing drilling in the area.

While experts’ opinions vary on the exact timing of peak oil, it’s now widely accepted that oil production will decline by 2050, leading to a decline in extraction and production. As peak oil nears, there has been a corresponding increase in drilling for natural gas, which is still found in relative abundance in the Permian’s Delaware Basin.

Southwest Process Controls is committed to staying up-to-date on current events and news within the petrochemical and oil and gas industries. To stay informed on factors that may be affecting your business, visit our blog today.