Late last year, we spent some time discussing the Permian Basin in Texas — specifically the Delaware Basin and the incredible rebound in oil and natural gas production it’s seen over the past few years. This month, we’re digging into the Eagle Ford Shale, the South Texas sibling of West Texas’ Permian. 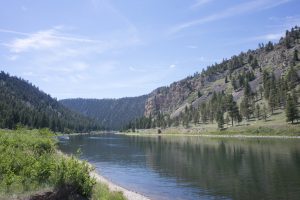 Formation of the Eagle Ford Shale

Like the Permian Basin — which covers around 75,000 square miles of southeast New Mexico and western Texas — the Eagle Ford Shale was once submerged in the Tobosa Basin, the sea between the Laurasia and Gondwana supercontinents.

As the continents neared each other and the land rose, the area of the Permian remained submerged, thanks to the Hovey Channel, which kept the area connected to the ocean. As the Permian formed around 300 and 250 million years ago, the area that would become the Eagle Ford was still high and dry. It wasn’t until 153 million years later that the Eagle Ford Shale would begin to form.

Why the Recent Rebound?

The Eagle Ford Shale has a unique history, much different than that of its neighboring Permian basins. Those basins, the Delaware Basin, in particular, were impacted by three primary factors: availability, economic policy, and technology.

The United States’ embargo on Arab oil in the 1970s and corresponding crude oil export ban led to a considerable surplus of oil and a drop in crude prices — an inhospitable environment for large drilling operations. More recently, slowly rising oil costs, Congress’ 2015 vote to end the export ban, and advancements in horizontal drilling technology have led to a significant boom in Delaware Basin drilling, particularly for deposits that were unreachable until recently.

Economics are the main cause of this contrast. The horizontal drilling opportunities present in the Permian are absent in the Eagle Ford. The ability of a single Permian well to tap multiple oil or gas formations reduces the break-even point for drilling to $30/bbl or less, while the Eagle Ford break-even, due to its lack of horizontally accessible formations, remains at about $50/bbl.

Land leases and production obligations also play a part. Eagle Shale drillers are operating the fewest number of drills required in order to maintain drilling obligations, allowing them to retain their leases and preventing other organizations from taking their own leases and starting wells. Simply put, drillers in this area are sitting tight on their Eagle Ford Shale assets while actively pursuing Permian Basin assets, which, at this moment, are more profitable.

This trend is already starting to reverse, however. While Delaware Basin drilling in the Permian remains strong, more wells are being reactivated in the Eagle Ford Shale. From its low point in fall of last year, the number of active Eagle Ford wells has increased by over 100%. While slow, with only a small handful of rigs coming online every week, the trend is distinct and holding steady.

A major driver of this rebound in the Eagle Ford is also a driver of the Permian rebound: the ever-present threat of peak oil. Though estimates of when we will hit peak oil vary tremendously, it is becoming increasingly clear that we’ll peak sometime in the next generation or two. The inevitability of peak oil — as well as constantly increasing pressure to move toward environmentally friendly and renewable energy sources — drives both an increase in oil drilling and an increase in natural gas drilling.

Southwest Process Controls, having maintained a presence in the petrochemical industries for 15 years, is committed to following and analyzing shifting trends in the oil and natural gas drilling fields. To keep on top of these trends and stay up to date on relevant industry news, visit our blog regularly and/or follow us on Twitter and LinkedIn.