As we look back over the past 12 months, the year was full of ups and downs in the oil and gas industry and the global markets. For us, business was brisk as our products support a wide range of processes and applications. We’ve used our blog to share with you important topics and look forward to sharing the year’s highlights.

Since the oil and gas industry is subject to internal and external forces, we shared with you the latest industry concerns, trends, and updates. The industry is complicated. As a commodity crude oil is complex and understanding how the markets set oil prices is an important factor. Differentiating Crude Prices: Brent and WTI, The Future of a Benchmark, and The Economic Effects of Falling Oil Prices explain the variables. The crude industry also struggles with storing and delivering crude oil. This capacity and storage issue is ongoing.

Because of the volatility in the oil markets, many of the oil producing regions of the country saw a shift in production throughout the year. In response, we kept you up-to-date on the workings at Eagle Ford, the Permian Basin, and the Delaware Basin. Global concerns also affect the industry and just as we were starting to see a recovery and rise in prices, the UK voted to leave the EU. This was the topic of our July blog and it remains to be seen if Brexit has lasting effect on global oil prices.

Highlighting the potential of environmentally friendly compressed natural gas was coincided with April’s celebration of Earth Day. And as of recent, reviewing the petrochemical industry helped us to expand on an integral part of the petroleum industry.

We’d like to thank all of you for a very successful 2016 and are looking forward to continuing to serve you in 2017. From all of us at Southwest Process Control, we wish you Happy Holidays and a Healthy New Year!

As spring began to blossom this year, the petroleum industry was finally starting to see some good news. Near record-low oil prices, caused in part by the U.S. shale oil boom and subsequent glut, were slowly starting to rise again. A recovery that many predicted would not begin until at least 2017 was showing signs of life, allowing optimism for a more robust future to loom on the horizon.

In June, the Wall Street Journal reported that oil had risen to $49.37 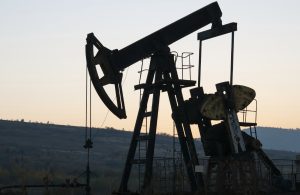 per barrel in the New York Mercantile Exchange and $50.65 per barrel in the Brent ICE Futures Europe Index — an impressive recovery, considering that recent predictions originally foresaw oil bottoming out at $20 a barrel. Of course, in the volatile oil industry, a continued recovery is never a sure thing, and one important bellwether remained — the upcoming vote in the United Kingdom on whether or not to stay in in the EU.

The outcome was not what many industry leaders had hoped for. In spite of late polls showing that a narrow majority favored remaining in the EU, Brexit won the day. The effect on crude prices was sharp and swift: as the pound plummeted to a 31 year low against the dollar, oil was down 2.66% on Brent and 2.88% on West Texas Intermediate. Indeed, part of the problem was the sudden overall strength of the U.S. dollar versus the pound: as the value of the dollar increases, oil trading is more expensive for other countries, reducing demand and causing subsequent price declines.

The other reason Brexit contributed to declining prices was the impact of widespread economic uncertainty. Investor confidence fell across the board, and oil industry leaders feared that other EU members might follow suit with their own independence bids, creating market volatility that could easily spread to the petroleum field.

Beyond the initial shock of the vote and its unsteadying effects on global markets, what will Brexit ultimately mean for oil prices?

Many experts believe that the answer is surprisingly little. Britain’s economy makes up less than 2% of the world’s demand for petroleum, and industry experts expect the UK’s consumption to decrease by only about 1%, which translates to 16,000 barrels per day. On a global scale, this would have a negligible effect on oil prices.

In addition, there are more important factors at play in future oil prices. Political and natural disruptions are forecast to cause scarcities in oil-rich countries such as Venezuela, Libya, and Nigeria; reductions in supplies from depleted wells are likely in Mexico, China, Brazil, Columbia, and other locales in the coming year. Given these conditions, certain industry experts are predicting a swift return to $50 a barrel prices and future increases as well — with some analysts seeing a $30 per barrel increase by this time in 2017.

The unexpected rise in oil prices and its subsequent drop after the Brexit vote demonstrate how volatile this market really is. At Southwest Process Controls, we are devoted to following the continuing trajectory of oil prices and its effect on our clients. Be sure to check our blog regularly for the petroleum industry trends and updates that affect your bottom line.