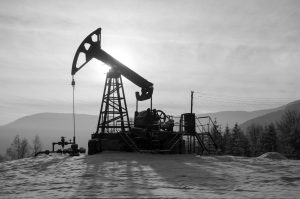 different shale formations. Underneath the sprawling, voluminous Spraberry Trend lies the Wolfcamp shale, which was thought for many years to be a relatively non-productive well.

No longer — advanced technology and drilling techniques have identified the Wolfcamp as one of the largest oil reserves in the world. In fact, Pioneer Natural Resources (a company which has been drilling there for years) has discovered that the Spraberry/Wolfcamp shales may be the planet’s second largest oil resource, second only to Ghawar in Saudi Arabia.

Resources that Stretch Down Deep

The oil reserves found in the Wolfcamp are at depths ranging from 6,700 all the way to 11,300 feet below the earth’s surface. Estimates of total reserves vary, but most hover around 10 billion barrels of oil and three trillion cubic feet of natural gas.

With stores like this, it’s no wonder that recent years have seen a significant land grab occurring. Companies such as Pioneer and Approach Resources have acquired large tracts of acreage in the region, counting on horizontal drilling techniques to release the significant stores of petroleum housed in the area.

And indeed, they succeeded. So much so, in fact, that oil from Wolfcamp has contributed to the national and worldwide oil glut that is currently keeping prices hovering around $45 a barrel.

First quarter results from this year have revealed what most in the industry already know: the current oil glut has contributed to slowdowns in new drilling and lower oil prices. Wells being drilled in the U.S. dropped by 43% overall; however, the Wolfcamp fared slightly better with quarter/quarter drops of 11% and 20%.

Is there a recovery in sight? Forecasts vary, but Michael Mazar from BMO Capital Markets is predicting oil prices to stay low through the end of this year. However, 2017 might bring some relief as reduced domestic production may reach a supply deficit at that time — setting the stage for increased oil values and well productivity.

The silver lining for the U.S. petroleum industry is the vast stores of untapped supply — both in the Permian Basin and beyond. The Pioneer Natural Resources company alone is maintaining over 20,000 untapped locations for horizontal drilling in the Wolfcamp. When the demand returns, the American supply will still be there at unprecedented levels.

At Southwest Process Controls, we serve customers throughout Texas and beyond with fluid system products that are vital for the petroleum industry. As circumstances continue to evolve, we will provide our customers with products that help retrieve oil accurately and efficiently. Contact us today for further information or a quote.