The Latest Dilemma for the Oil Industry 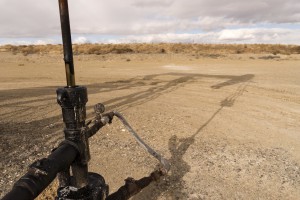 The ever-growing supply of U.S. crude, made possible in part by the success of shale oil drilling, has been putting a strain on oil storage operations. A number of America’s biggest and most relied-on facilities are feeling the squeeze, including terminals in Cushing, Oklahoma. The Financial Times reported record high storage in the complex last month, with crude reserves approaching 90% of its current capacity.

This is causing serious logistical problems. Reuters has recently reported that delivering crude from Cushing can be a difficult process, with effects including increasingly-regular shipping delays. While these delays have not been severe enough to create contractual difficulties, they remain a concerning issue—especially if storage levels continue to increase.

The Hunt for Solutions

Industry experts have floated a number of ideas for solving the storage shortage problem. Building more tanks might seem an obvious option, but this route poses some difficulties. As reported by MarketWatch, it takes a fair amount of time to construct these facilities, and it remains unclear how the cost burden would be distributed. Other stopgap measures that are being explored include using railcars as temporary storage units for excess crude.

One solution may lie with aggressive selling to new markets. The recent lift of the crude export ban in the United States has presented an opportunity to open markets for domestic oil supplies. While this cannot solve all of the industry’s storage problems, it could be a good start—and two Texas storage facilities are already taking the lead.

Two companies, ConocoPhillips and NuStar Energy, have reported that they may have performed the first U.S. crude export since the ban was lifted. On December 31st in Corpus Christi, around 600,000 barrels of light crude oil were loaded at NuStar’s North Beach Terminal onto a tanker headed for Italy. Soon after on January 8th, a second crude shipment was made from the Enterprise Hydrocarbon Terminal in the Houston Ship Channel. Shipments like these could begin to lessen overtaxed storage facilities in the region while providing some much-needed sales and revenue.

The Enterprise terminal is currently expanding its storage capacity, with facilities under construction that will accommodate an additional 3.5 million barrels of oil. NuStar has had its own share of expansion in recent years, adding additional tanks and dock space to allow for export-sized loads. While the whole scale of the effects of lifting the oil ban may not be fully felt for some time, Texas companies are taking the initiative by offering solutions to domestic oil storage problems.

Whether drilling, storing, or transporting oil, customers in the industry need the best quality equipment. We are proud to do our fair share with premium fluid system control parts such as fittings, valves, connections, gauges, hoses, and more. A full range of products from the best manufacturers are available, including an extensive array from Hy-Lok. We are proud to partner with oil customers at every step of the process. For more information, please contact us today. 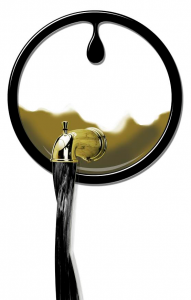 The effects of the oil price downturn continue in the Eagle Ford Shale region. A recent report, detailed in the Houston Business Journal, has indicated that the number of active rigs in the area continue to decline. In February of 2014, there were 221 active rigs. In 2015 the number stood right around 157. According to data released on February 16th of this year, there are currently just 47. The combination of low oil prices (averaging around $30 per barrel) and close to record-high crude oil inventories are not-surprisingly seen as the primary culprits.

Not so long ago, the Eagle Ford Shale was considered a safe bet for all kinds of investments. Hotels, restaurants, retail—they were all booming. Unfortunately, the oil bust brought much of the success to a standstill. KUT News recently reported that over 20 hotels were built in Cotulla Texas to accommodate the influx of confined labor, but now most of them stand nearly vacant. The local Fox affiliate has also chimed in on the subject, reporting that many life-long native oil field workers are being forced to look for new lines of work. While other economies in the area are still going fairly well, workers and businesses connected to shale oil are bearing the brunt of this glut.

Where the Oil Continues to Flow

While the oil drilling industry has certainly felt a major impact of current circumstances, there are parts of the business that continue to move forward. A recent article on the PennEnergy website, reveals that initial production rates for tight oil continue to rise in the Eagle Ford Shale. The rigs that have survived the falling prices of oil remain in high-producing areas and have shown some resiliency, specifically, in light tight oil formations. While initial production rates in these areas remain high, production decline rates are still prevalent over the first and second years of tight oil production. PennEnergy suggests that new wells should be drilled in tight oil formations to counteract such production declines.

A Long Recovery Ahead

No one can know for sure when oil prices will rise again and allow shale drilling to resume at even close to the pace where it was before. As observed by the Houston Chronicle, the more wells that become disengaged, the harder it will be to re-start things as equipment gets dismantled and oil workers let go. In spite of all this, however, many analysts foresee an eventual recovery for shale drilling. Some predict that 2017 will be the year that U.S. oil companies regain the position to boost their oil production once again. Certain big name suppliers are voicing optimism about long-term production, including BP, who has projected that oil demand will ultimately grow to 20 million barrels per day by 2035. In the meantime, though, things continue on a slow path. Keep checking in with our blog to learn some of the latest news and trends in the Texas Shale Oil region.

The Price Drop Heard ‘Round the World 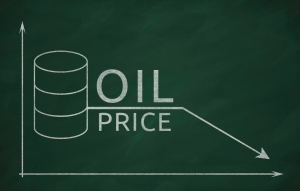 Few subjects stir up more conflicting ideas than the long-term effects of dropping oil prices. The world still relies on fossil fuels, and the bottoming out of oil prices has caused speculation about the future that ranges from cautious optimism to full-scale apocalypse. Even for people who are not in the oil industry, it’s hard not to notice when gas prices, after adjusting for inflation, are lower than they were in 1947.

While the world’s pundits and industry experts will never fully agree on the overall effects of cheap oil, the impacts are being felt on all levels: internationally, nationally, and regionally. However, in an area with this much volatility, a warning should be issued like the one seen on many takeout menus: these outcomes are subject to change without notice.

Difficulties in the International Scene

As reported by Bloomberg Business, one issue being posed by low oil prices can be seen in the countries exporting crude. In today’s economy, the world’s marketplace is more reliant than ever on emerging countries. These same countries make up a sizable percentage of oil-producers. Venezuela, for instance, is one of the world’s biggest oil exporters, and is experiencing serious problems with economic growth—all directly associated with cheap oil. If these emerging economies shrink or fail, it could have significant impacts on the rest of the world.

The Effects Felt at Home

The effects being felt in the United States are decidedly mixed. While the overall economy continues to grow, employment growth in the oil and gas industries is down—with some estimates around 30,000 fewer energy jobs created than expected. However, cheap oil has been highly beneficial to many consumers. Reduced energy costs can contribute to overall economic growth and savings on fuel, with some estimates in this area ranging around $1000 in savings for each American household for the 2015-2016 winter.
Regional Impacts

One might think that an oil-rich state like Texas would feel the heaviest brunt of lower oil prices. But, surprisingly, the Texas economy has been bearing the situation fairly well. While energy companies have cut some jobs, the state’s unemployment rate was recently measured at 4.2%–well below the national unemployment rate of 5.5%. This is due in part to the well-diversified job scene in Texas, with jobs in health care, education, and technology taking up some of the slack. Furthermore, with the recent lift of the oil export ban, the energy industry in Texas could be due for a comeback.

We have been helping customers withstand the changes in this industry for over a decade, and continue to offer the finest quality fluid control products. As this story continues to unfold, you can count on us for the expertise and products that fulfill a full variety of energy industry needs. For more information or to get a quote, please contact us today.