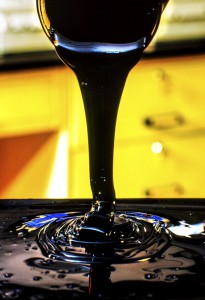 For a commodity as important and widely traded as crude oil, one might think that the factors determining the price and value of it would be fairly rigid—if not set in stone, at least consistent across most markets. In fact, this is not the case. Oil prices are set by numerous organizations that don’t always agree with each other. One example of this is Brent Crude and WTI. Both of these represent benchmark oil prices, but these prices often do not match. Sometimes the difference is minimal, other times significant; either way, it’s worth a look to find out why crude oil prices can sometimes vary as much as they do.

Brent Crude originated from the Brent oilfield, located in the North Sea off the coast of Scotland. While production in this oil field is set to be decommissioned over the next decade, the price indicator that originated there stays with us. Brent Crude is now a classification of sweet light crude oil and is a leading price benchmark for crude oils from the Atlantic basin. West Texas Intermediate, or WTI, is an indicator that originates in the United Sates. WTI crude oil is refined in the American Midwest and Gulf Coast, and is considered sweeter crude than Brent.

A number of factors come into consideration when evaluating why Brent and WTI prices can vary, so widely, at times. One important factor is that these two benchmarks are for two different types of oil. Oil from the North Sea tends to have greater sulfur content (which is what determines whether it is considered “sweet” or not) than oil found in Texas. This has historically influenced pricing, with the historical result often having been higher prices for WTI oil. However, as is always the case with oil prices, there are many other complicating factors. For example, the recent supply glut of U.S.-produced oil has caused Brent rates to be higher than they have been in the past. Localized geopolitical events can always impact the price of oil, with volatility in the Middle East not likely to disappear anytime soon.

While the future of benchmarks can be uncertain, for now, there remain two major sources for oil prices that are used throughout the industry. At Southwest Process Controls, our high quality fluid control products are relied on by customers throughout the Texas oil region. As conditions in the industry continue to change, our products remain the most sturdy and accurate available on the market. To find out more about how products from Southwest can help your company keep up in a changing oil landscape, please contact us directly. 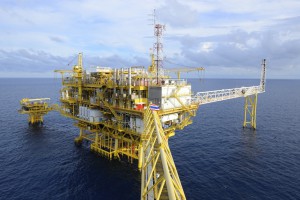 In June of 2015 we presented a blog detailing the case for lifting the U.S. crude oil export ban, originally enacted in the 1970s. While many experts have argued that the ban had become obsolete in a vastly changing landscape, the easy passage of the ban lift seemed unlikely. As recently as October, major new sources were reporting a veto threat from the White House for any bill that included a lift of the crude export ban. However, even while these predictions were being made, the winds of change were starting to stir.

The First Step: Export Ban Lift Passes House
On October 9th, 2015, the U.S. House of Representatives passed a reversal of the 40-year-old oil export ban. While 26 Democrats joined the House Republicans in the bill’s passage, its fate was still far from certain. As reported by an article in the New York Times, the bill was still seen as having a tough road ahead of it—even its passage in the Senate was far from certain. It was mostly likely seen to serve as a political issue for the 2016 election rather than a legislative reality. Nevertheless, the oil ban lift was included in something that few at the time foresaw: the $1.1 trillion spending bill.

Passed and Signed
The question of the crude export ban’s fate was ultimately decided on December 18th, 2015. President Obama signed the spending bill with solid majorities approving it in both the House and the Senate. Contained within its many pages was the end to the crude oil ban, not only reversing 40 years of public policy, but also removing it as a political issue for any future election. Its presence was part of a policy compromise, and represented a highly significant change in oil policy. Soon after its passage, the effects of the new law began to be felt in the industry.

An Optimistic, if Uncertain, Future
While the implications of this reversal are being debated by pundits and scholars on both sides, some of its initial effects have already begun. The Wall Street Journal reported an increase in the price of light, sweet crude of 2.9% on December 29th, 2015. Many energy groups in oil-rich Texas are also rushing to take advantage of the new policy. For instance, the Houston-based company Enterprise Products Partners made a statement that they intend to load a 600,000 barrel cargo shipment for the first week in January. Pioneer Natural Resources, another Texas company, have indicated that they plan to commence crude exports by the middle of 2016. While it remains uncertain if the actions of these companies reflect a bigger trend, it aptly demonstrates the enthusiasm many drilling groups feel for the legislative change.

Quality Supplies for a Changing Landscape
Oil drilling and refining companies throughout Texas have relied on us at Southwest Process Controls since our inception in 2002 for the finest quality fluid control products. As the landscape continues to change for the oil industry, we will be there with the fluid system control products the industry needs most. For further information, please contact us today.