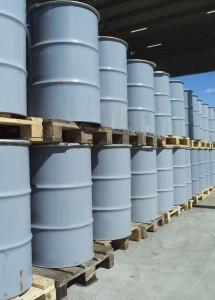 While low oil prices have been a strong concern in the drilling industry recently, the most recent peak in the price of oil wasn’t that long ago. In June of 2014, the average price of a barrel of crude was $108.37. However, those prices were fairly short-lived. By the end of the following January, the cost had fallen to $47.11, and while prices were briefly over $60 a barrel in May and June, they have recently stagnated at or below the $50 mark. When this price drop first occurred, analysts pointed to many factors as having contributed to it. Bloomberg Business published an article that credited slowing demand from Europe and China, less violence than expected in the Middle East, and the boom in U.S. production.

High tech drilling methods in regions such as Eagle Ford played an important role in revitalizing the production of U.S. oil. First drilled in 2008, this region has been one of the most prolific in the country. However, the lower prices of oil that came partially as a result of this new oil boom are starting to heavily impact productivity. Output at Eagle Ford is decreasing, causing serious production cuts in the South Texas region.

A recent article in the Wall Street Journal demonstrated the impact of the current situation. Production in Eagle Ford had decreased by 13%, or nearly 227,000 barrels per day, from April through September. According to the Texas Railroad Commission, this is down from a peak of 1.5 million barrels a day in January. A number of operators in the area have begun to decrease their production. The Journal article quotes NavPort LLC as indicating that major companies in the area have completed 40% fewer wells when compared to the previous year. A number of companies, including EOG and Exco Resources Inc., have stated that they intend to decrease or suspend drilling programs in Eagle Ford.

While these numbers may seem grim, the news may not be all bad. The most important thing to keep in mind in Eagle Ford is that production is not decreasing because the resources are depleted; these decisions are being made due to current economic conditions. Unfinished wells still have plenty of oil in them, and can quickly be tapped if and when prices rebound. Furthermore, the climate of South Texas eliminates weather concerns that can stop wells from being tapped during the cold weather months. As long as they retain access to the land, oil companies can resume any time of the year.

So how much oil is actually left in Eagle Ford? No one knows for sure, but recent reports indicate that its life expectancy could be as long as 30 years, outlasting a number of similar shale wells. When prices become more favorable, Eagle Ford will still be a significant player in the industry.

Since 2002, our experts at Southwest Process Control have supplied the best quality products for our customers in the oil industry. In good times and bad, customers can count on us to provide the finest quality valves, gauges, regulators, filters, and more. For further information about how our products can fulfill your applications, please contact us today. 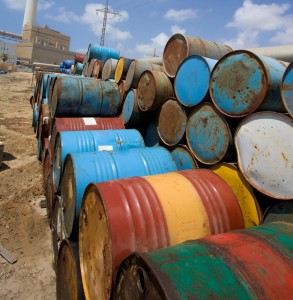 The American oil boom that has garnered so much attention, in recent years, has fallen on some hard times. Oil prices that continue to hover below $50 a barrel have slowed down production for many drill sites across the U.S. In a recent article in the Wall Street Journal, the numbers speak for themselves. Oil output from America’s most prolific drilling regions has been falling since reaching a peak in April. Studies published by the U.S. Energy Information Administration estimate that production has fallen by over 250,000 barrels a day since reaching its peak. This includes regions that have been among the most important domestic sources of oil.

Of all the drilling regions in the United States, only the Permian Basin in West Texas remains pumping at high levels of productivity. When compared to the Eagle Ford, Bakken, Niobrara, Utica, Haynesville, and Marcellus regions, West Texas endures as a pillar of strength in domestic drilling. While the number of oil rigs in the Permian have decreased, the level of oil production is still robust. Federal estimates have indicated that this region has shown an increase of 64,000 barrels per day since April—and with no signs of a slowdown anywhere in the near future.

The Permian Basin owes its success to unique geology and highly efficient drilling methods. Depending on drilling location, it can contain up to four layers of rock that are rich with oil and gas. These layers can be drilled vertically and horizontally as well, using high tech methods such as hydraulic fracturing (fracking) that maximize productivity. The growth and productivity of this region has not gone unnoticed by some of the industry’s biggest players. Exxon and Chevron are both intending to expand their operations in the region. And the senior vice president of Anadarko Petroleum was quoted in the Financial Times as saying, “The Permian is, in my humble opinion, the basin that keeps on giving.”

Serving Texas Oil Since Our Inception

At Southwest Process Controls, we have provided the oil industry with best quality fluid system control products since our company was founded in 2002. Our selection of products includes fittings, tubing, gauges, instrumentation valves, regulators, filters, and more. We have long supported our clients in the Permian Basin and beyond, helping to ensure efficiency and profitability with the best products available on the market. To learn more about our services, please contact us directly today.