From Bust to Boom

The midstream market of the petroleum industry has seen its share of ups and downs in the past 25 years.  This sector, which encompasses the processing, storing, transportation, and marketing of petroleum products, was not seen as an area with much potential for future profitability as recently as 2006.  An article published by Deloitte details how the American midstream market was consolidated in the late 1990’s.  At that time, most domestic oil and gas supplies were located in readily accessible areas and could be reached through existing pipeline infrastructure.   Many forecasts were predicting that pipelines in the U.S. would be built out by 2006.  As we all know now, this was not the case.  No one foresaw the oil and shale boom that would soon upend years of conventional wisdom about domestic oil production, supplies, and storage. 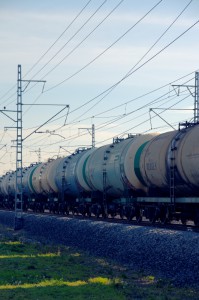 During the period from 2006 through 2012, this market saw a tremendous increase in investments.  Midstream companies doubled their investments during this period when compared to 1992 through 2006.  Deloitte reports that this increase in expenditures outpaced upstream companies at the time, making the midstream sector the third largest in the U.S. oil and gas industry, just behind supermajor companies and large independents.  In spite of these increases, companies providing storage, processing, and transportation were still having trouble keeping up with the needs created by the shale oil boom.  For example, in 2011, the U.S. Energy Information Administration reported that 35% of the natural gas produced in the Bakken shale was not on the market due to insufficient infrastructure.

The surge of oil supplies caused by the domestic oil boom ended up playing a major role in the drop of oil prices.  As this trend has continued, new infrastructure construction has also slowed from the frenzied levels it saw a few years ago.  The industry as a whole is still struggling to adjust to the prices of oil we see now.  And yet, many experts are optimistic about the future of midstream companies.  In a recent webcast for the Oil and Gas Journal, petroleum expert Daniel Lippe points out that even though oil prices have dropped the need for storage and processing remains high.  Lippe notes that U.S. crude storage is currently at the highest levels ever recorded.  Meanwhile, the recent oil booms in domestic shale regions continue to change the United State’s position in the world from consumer to producer of crude. U.S. oil companies continue to push to end the ban on crude exports, which would open up new markets for their current oil stockpiles.  Depending on how this issue plays out, it is possible that the U.S. could become “the storage center for the world,”  for crude, as Lippe predicts.  This will require another major increase in midstream activity to build and maintain the infrastructure to store, transport, and process domestic crude supplies.

In spite of the recent downturn in oil prices, companies are starting to invest in the midstream market again.  For example, Energy Spectrum Partners VII LP and members of the Bluewing management team have made an initial equity commitment of 100 million dollars to Bluewing Midstream LLC.  This capital will be dedicated to acquiring and developing terminals and transportation for oil and gas, focusing initially on the Gulf Coast.  As these trends continue, Southwest Process Controls will be there for midstream companies, providing a complete supply of valves, gauges, hoses, tubing, and a host of other essential products.  While the petroleum market remains notoriously difficult to predict, we stand firm as a reliable component source for all petroleum-based markets.  To learn more about the role our quality products play in the midstream market and more, please contact us directly.

One of the conundrums facing the petroleum industry is how to adjust to current low oil prices.  Higher prices of oil help the industry produce the cash flow it requires for maintaining their operations; unfortunately, many experts and analysts are predicting that crude prices will remain low for the foreseeable future.  These low prices are causing petroleum companies to search for methods that keep production going at the lowest possible costs.  One of the most promising techniques being explored is refracking.  A growing number of companies are seeing the potential of this process as a way to keep shale wells viable while ensuring low-cost production for years to come.

While horizontal fracturing has served as a primary source of America’s oil boom, one of the weaknesses of the shale industry is the short life span of these wells.  Shale wells often see production drop by more than 50% in the first year due to shale’s low permeability.  In spite of these drops, many of these wells still contain rich deposits of oil and gas.  Refracturing is one method to access this untapped potential.  The refracking process is very similar to original hydraulic fracturing.  A mixture of water, sand, and fracturing chemicals are pushed down into existing wells, creating new fissures and reopening closed clefts in the rocks.  The process has the potential to dramatically increase the flow of oil in wells that had been previously written off as tapped out.

A Fraction of the Cost

Whether working with traditional or unconventional drilling technologies, tapping a new well is very expensive.  It can cost up to $8 million, most of the expense coming from the initial wellbore drilling.  As refracking works with wells that have already been tapped, the costs are much lower. A Houston oil producer was quoted as saying that they expected to spend about $1 million to $1.5 million per well for refracking a horizontal well, with the extra oil and gas from the process valued at possibly $2.5 million per well.  This process, along with continued advances in technology, could open up tremendous potential for petroleum companies and their investors.

Bloomberg Intelligence released a study of 80 wells in North Dakota that had been refracked years after their original tapping in 2008 and 2009.  The results were impressive, including production rates of more than 30% more oil in the month after refracturing than after the wells were originally tapped.  These results become clearer when considering that horizontal wells typically only extract 8% to 10% of buried oil deposits.  Refracking could boost the rate of recovery for a large number of existing horizontal wells throughout the U.S. shale rock regions. 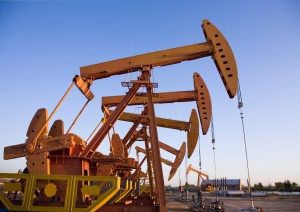 Bloomberg also reports that, as of right now, only 1% to 2% of existing shale wells are refractured.  While some companies are approaching this process with caution, a growing number are taking the plunge and seeing impressive results.  At Southwest Process Controls, we are here to help.  We have served as an invaluable partner to the petroleum industry since our inception, with a complete range of fluid system control products for every step of the oil and gas extraction process.  As this field grows, our customers can rely on us to help supply the parts to make it happen.  Contact one of our representatives today for further information.