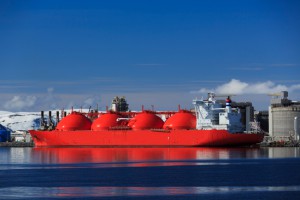 The world is currently seeing some of its largest quantities of natural gas.  According to recent numbers published by OPEC, the amount of proven natural gas reserves has been steadily increasing for over 50 years, including a vast supply in the United States.  The question is no longer one of supply, but of transportation and access.  Towns, cities, and countries that need the energy from natural gas, but are not located near reserves, rely on advanced transportation methods.  This is where the liquefying process comes in; liquefied natural gas (LNG) is the preferred method for natural gas transportation, with a history that stretches back to 1965.  LNG has taken on a new level of importance in the United States, as growing domestic supplies have increased the level of domestic LNG processing and shipping.

The most important part of liquefying natural gas is the cooling.  Natural gas is taken from a production field, the impurities are removed, and then the gas must be cooled to approximately -260° F (-162° C).  When natural gas is condensed into a liquid, its volume decreases dramatically.  LNG takes up only 1/600th of the ordinary volume of natural gas, making it the ideal form for large-scale transportation.  After transportation on specially designed vessels, LNG undergoes regasification and is typically transported via domestic pipelines.  This process is vital for delivering natural gas to the homes, businesses, and industries that rely on it, no matter how far away they may be from gas fields.

Another advantage of using LNG for transportation is its excellent safety record.  While vessels that carry LNG are heavily protected against spillage, the nature of this compound is mostly benign to the environment.  If LNG is spilled on the ground, no damage occurs and no residue is left, as the substance completely evaporates.  LNG is also insoluble and evaporates in water, negating the need for any cleanup in the event of a water spill.  LNG is not stored under high pressure and is not explosive when mixed with the air; in an open environment, the energy levels in LNG cannot be released rapidly enough to create an explosive condition.  These factors demonstrate that LNG is one of the cleanest and safest fuels in the industry to transport.

Ten years ago, a paper published by the U.S. Department of Energy predicted a gradual overall decline in domestic natural gas production.  This was before the domestic shale boom that began around 2010, causing a widespread reinterpretation of America’s place as an oil producer.  Many industry leaders are now looking to increase the export market of domestic LNG, noting that the U.S. is currently holding 2,543 trillion cubic feet of recoverable natural gas.  All the while, the world’s need for this energy source keeps growing; countries in Asia, Europe, and South America are all experiencing an increasing demand for natural gas.  Some ports originally built for importing natural gas are now being used for exports, including the Sabine Pass terminal in Louisiana.  Projects such as these are not only poised to increase the United States’ position as an international energy trading partner, but could also help create thousands of new jobs in related construction projects.

Reliable Supplies for the Future of Natural Gas

The products from Southwest Process Controls are among the best in the industry.  They include all varieties of fluid system control products such as valves, fittings, gauges, regulators, hosing, steam and temperature control products.  While this exciting area continues to expand, we offer the natural gas industry the best quality supplies for their LNG needs.  Contact us directly to find out more. 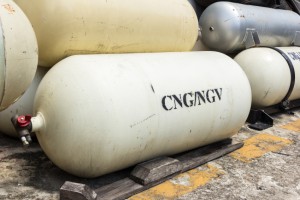 Viable alternatives to traditional fossil fuel products have been pursued for a long time, both in the United States and abroad.  Beginning as early as the 1970s energy crisis and extending into modern times, numerous measures have been explored to find cleaner burning energy and greater energy independence.  Compressed natural gas (CNG) is an alternative to gasoline that has been gaining a great deal of momentum in recent years.  Classified as an alternative fuel by the Energy Policy Act of 1992, CNG is a colorless, odorless, and tasteless gas that consists mostly of methane.  It is currently used to power millions of vehicles worldwide, and these numbers keep on growing.

When compared to gasoline, CNG offers a substantial reduction in pollutants emitted into the air.  The statistics are impressive: when powered by CNG, natural gas vehicles show reductions in carbon dioxide emissions by 20% to 30% and reduced carbon monoxide levels up to 75%.  CNG also offers the reduction of volatile organic compounds by 55%, nitrogen oxide by up to 50%, and particle matter emissions up to 95%.  CNG is lead-free and its associated fuel systems are sealed, helping to prevent fuel losses from spills.  Also, when compared to gasoline or diesel fuel, CNG comes in at much lower costs.  The same power and performance using traditional fuels can be achieved at prices about 50% less with CNG.  Furthermore, a recent study indicates that natural gas production and storage levels have risen a great deal in recent years, predicting that reasonable prices will remain in effect for the foreseeable future.

How is natural gas produced?  There are several different sources, including oil wells, coal bed methane wells, and natural gas and condensate wells; however, most natural gas is extracted in conjunction with crude wells.  Over 99% of CNG comes from the United States or other North American sources.  Domestic shale wells have been discovered to hold massive natural gas deposits, with current estimates approximating a nearly 100-year supply housed in them.  It is mined using a number of extraction processes, including hydraulic fracturing.  There are at least 22 shale basins throughout the United States, with two of the most productive being the Permian Basin and the Eagle Ford Shale in Texas.

Potential for Growth in the U.S.

The biggest users of CNG-run vehicles currently reside in the Middle East, South America, and China.  As of 2012, there were over 16.7 million vehicles powered by natural gas worldwide.  In the U.S., natural gas is mostly used for heating, but awareness for natural gas vehicle fuel is growing.  For example, Southern California Gas and the California Trucking Association recently teamed up to offer free natural gas trucking workshops.  Also, in Massachusetts, 325 new CNG buses were purchased for public transportation purposes.  A growing number of people are discovering the benefits of using CNG to fuel vehicles, both domestically and throughout the world.

At Southwest Process Controls, we are one of the most trusted suppliers for valves, fittings, gauges, and other fluid control products.  Our products are used extensively in the CNG processing business, especially for oil wells in the Texas Basin regions.  To find out more about our products and to learn how they can benefit your operation, please contact us directly.