In the first two articles of this series on low oil prices, we explored the causes and effects of the situation as well as its impact on regional oil production.  But what about manufacturing?  Experts in this area differ widely in their opinions about it, and no wonder–cheap oil has a broad range of economic effects.  Lower oil prices usually help consumers, but manufacturers can take a hit—especially in industries like steel which heavily manufacture products for the oil production industry.  At the same time, benefits for consumers often end up benefitting manufacturers as well, as savings on oil-related products translate into increased spending elsewhere.  Increased consumer spending can help manufacturers in many different fields, as well as spurring economic growth.  So, what is the overall impact on manufacturing?

In the short term, many US manufacturers are nervous about the effects of plunging oil prices.  The main concern is about the energy sector, specifically whether companies will end up postponing or canceling new drilling projects.  The steel industry relies on drilling rigs to purchase steel pipes and tubes to be used for oil exploration.  The recent downturn has caused a decrease in new orders.  While many in the industry fear the potential of serious losses, the overall mood seems to be uncertain.  Whether and when drilling operations increase will depend largely on the price of oil in the coming months.

On the other hand, lower oil prices bring undeniable economic benefits to certain sectors.  One example is the automotive industry.  Consumers have more money to spend when oil prices are lower, including for big ticket items like new vehicles.  If oil prices stay low, people have historically used their savings to purchase new automobiles, including less fuel-efficient models such as SUVs.  The amount of money saved on motor fuel alone has been significant.  Lundberg Survey Inc. has estimated that Americans saved nearly $14 billion dollars in 2014 on fuel when compared with the previous year.  These savings have increased spending in other areas as well, including home buying, which directly impacts the construction industry.  Lower energy bills can also help manufacturers save money in their production and day-to-day operations.

Of course, the million dollar question here (and actually, it is worth a great deal more than that) is will oil prices stay low?  Or will they increase again soon?  This is what everyone wishes to know, and what nobody can predict.  Certain money managers (for Motley Fool, for instance) believe that the current low prices for oil are an overreaction and an opportunity to reap long-term rewards with investments.  It seems inevitable that oil prices will rise again eventually.  And whatever slowdowns occur, it doesn’t change the fact that places like the Permian Basin are filled with untapped reserves of oil.

Sometime in the future, demand for oil will increase, and production will boom once more.  Even the most seasoned experts don’t know when, but many believe that a change will come sooner rather than later.  As Michael Levi, a member of the Council on Foreign Relations, said in a recent NPR interview: “…it’s very difficult to anticipate where things are going to go.  The only thing I would predict with some confidence is that they won’t be where they are today for much longer.”

The Permian Basin in Texas has long been well-known as one of the most productive oil regions in the US.   Throughout its 90 year history, the Permian Basin has produced over 29 billion barrels of oil.  Most of its oil and gas used to come from vertical wells, but since 2009, the majority of its production has come from horizontal drilling and hydraulic fracturing of tight shale formations.  The region has already surpassed the production numbers of North Dakota’s Bakken oilfields and is poised to become the most productive oilfield in the country by the end of the decade. 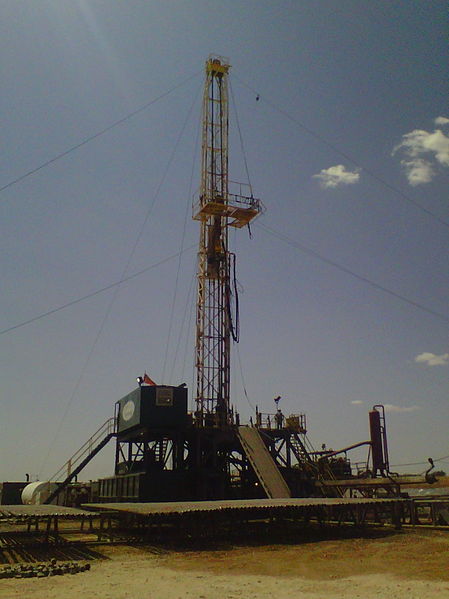 And yet, in spite of the prosperity that has come from the Permian Basin oil boom, these are not easy times for the region.  In the previous blog entry, we discussed the plummeting price of oil and its causes and effects.  This price decline is hitting American oil fields hard, including cities in oil-producing areas that have seen tremendous growth in recent years.  One such beneficiary of the Permian Basin oil boom is Midland, Texas.  Since 2010, the city has grown in population from 108,000 to 140,000.  Local real estate has also been rapidly expanding; property values have nearly doubled, and the region has experienced a boom in new apartments and hotels.  Oil companies have established local headquarters in Midland.  The city has embarked on its own construction as well, including a new fire station and a new court building planned.

However, in spite of recent elevated levels of oil production and investments, the international glut of oil and subsequent lower prices are slowing growth in the region.   Lower oil prices have had some general economic benefits, but sustained lower prices have slowed the economic boom in Midland.  The rig count has fallen from its peak last year and will likely continue to do so.  The creation of new jobs has been predicted by the Dallas Federal Reserve to slow down.  Furthermore, it seems nearly everyone, from rig crew employees to city budget planners, is creating a “rainy day” fund in case the profits start truly dwindling.

It is important to keep in mind that the business of oil drilling has many inherent risks.  The region has seen more than its fair share of boom and bust periods since drilling began nearly a century ago.  Producers and workers are girding themselves for some difficult times, but many remain cautiously optimistic.  After all, this isn’t the first time the region has seen volatile times.  The 1980s, for example, began with high-flying success—only to end with failed banks, shuttered businesses, and dire predictions that the region would never recover.

Long term oil industry employees know that slowdowns are inevitable sometimes.  But when the prices rise and the demand for oil increases, the Permian Basin will remain one of the richest sources of petroleum in the world.

In our last piece, we will discuss the impact of lower oil prices on manufacturing.